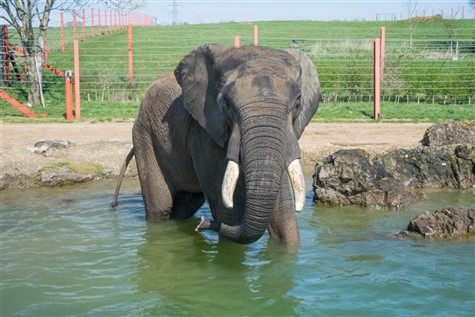 An Excursion to Noahs Ark Zoo and Clevedon with Whittle Coaches

Noah’s Ark Zoo Farm is the home of the big zoo animals including African Elephants, White Rhinos, Giraffe, Lions, Zebra and Spectacled Bears. You’ll be amazed at the variety of nature you’ll see with over 100 species of animals, set in 100 acres of Somerset countryside.&#0;Clevedon radiates calm and a traditional seaside experience from its prominent place on the Somerset coastline looking out on the Severn Estuary. Once a farming village, its proximity to Bristol meant that it developed during the Victorian era into a seaside town with a character that still entrances visitors to this day. Clevedon is also popular as a film location, most notably ITV’s Broadchurch, Never Let Me Go starring Keira Knightley and the band One Direction making a video You and I;on the town’s famous Victorian pier found at one end of the half-mile long beach.