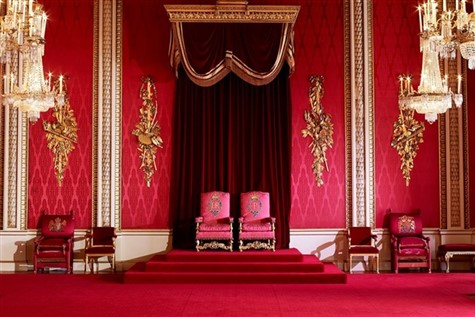 In celebration of The&#0;Queen's historic Platinum Jubilee in 2022, The State Rooms at Buckingham Palace will feature a display looking at The&#0;Queen's Accession to the throne in February 1952. On display will be examples from the remarkable series of portraits taken by Dorothy Wilding, that formed the basis of The&#0;Queen's image on stamps and in British embassies across the world until 1971. Also featured will be The Girls of Great Britain and Ireland Tiara, which was a wedding gift to Princess Victoria Mary of Teck, later Queen Mary, on the occasion of her marriage to the future King George V in 1893.&#0;The diamond tiara was made by E. Wolff & Co for R & S. Garrard in a scrolled and pierced foliate form.&#0;Queen Mary gave the tiara to her granddaughter, Princess Elizabeth, as a wedding present on the occasion of her marriage to Prince Philip on 20 November 1947. Marvel at the State Rooms and see the famous Green Drawing Room, Throne Room, State Dining Room, Music Room and gardens. We also visit the Royal Mews, which includes a permanent display of state vehicles including the Gold State Coach which has been used in every coronation since George IV in 1821.