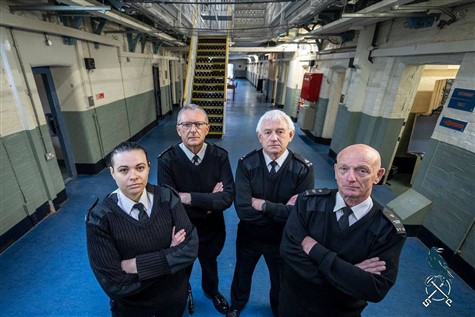 An Excursion to Shrewsbury or Shrewsbury Jail Tour with Whittle Coaches

Enjoy the world's most interactive prison tour at the Dana Jail in Shrewsbury! Enjoy a two hour tour run by an ex-prison officer who once managed the wings.&#0; View the historic building and learn more about its history dating back to 1793.&#0; Once inside, your journey will begin in the same way as that of a prisoner.&#0; Starting your sentence you will be processed through reception before heading out to the wings and into the general population.&#0; Your tour will take you to the never before seen areas of the prison, where you will learn about its history with executions.&#0; Hear stories from the early days of the original prison through to modern times.&#0; You will be given the chance to have a 'closed cell' experience which involves entering cells and having the doors close behind you, to fully appreciate what it would have been like for a prisoner. You will also have free time in Shrewsbury.

Almost an island caught in a meandering loop of the River Severn, Shrewsbury has around 1,000 years of history and over 600 listed buildings including several examples of timber framing from the 15th and 16th century, laid out in a medieval street pattern. You can still see traces of medieval Shrewsbury in the maze of narrow streets with funny names in the centre of town: Milk Street, Fish Street, Butcher Row and Grope Lane. Don’t forget to visit the Square; the focal point of Shrewsbury where you will find the handsome and unmissable Old Market Hall, built in 1596 for the Drapers Guild. For those more interested in shopping, there is a host of interesting independent shops that so many towns appear to have lost, together with cafés and restaurants.