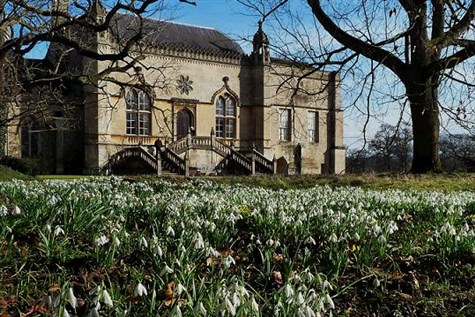 We visit the picturesque village of Lacock, with its many lime-washed, half-timbered stone houses, dates from the 13th century, and has been seen in many TV and film productions.  The Abbey, located at the heart of the village, with its own woodland grounds, is a quirky country house of various architectural style, built upon the foundations of a former nunnery.  Experience the atmosphere of the medieval rooms and cloister court, giving a sense of the Abbey’s monastic past.  The woodland grounds should be carpeted with a spectacle of snowdrops.  The Fox Talbot Museum tells the story of William Henry Fox Talbot, who in 1835 invented the world’s first photographic negative at the Abbey, and hosts a variety of changing photographic exhibitions.