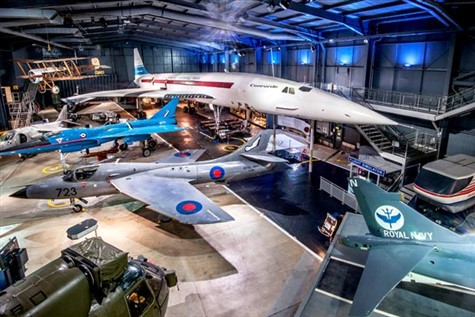 Discover Europe’s largest collection of Royal Navy aircraft, with over 102 airframes featured in large halls from all eras of naval aviation, from the first manned kites towed behind naval vessels to helium filled airships, seaplanes and second world war aircraft.  As much an ‘attraction’ as it is a ‘museum’, you’ll  ‘fly’ by helicopter to the replica flight deck of the aircraft carrier HMS Ark Royal where you’ll see fighter aircraft and two enormous projection screens showing a Phantom interceptor fighter and a Buccaneer strike bomber.  You’ll even see a nuclear bomb.