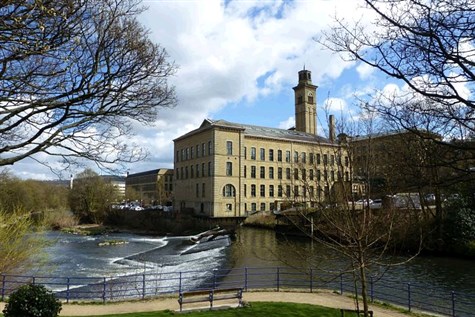 Saturday 15th February 2020:An Excursion to Bradford and Saltaire with Whittle Coaches

Bradford was once the wool capital of the world and is now proud to be the first UNESCO City of Film.  It has an impressive history, stroll through Little Germany to see Victorian Bradford at its best, or visit the magnificent cathedral.  In contrast, Bradford’s newest feature is City Park, with an award winning high-tech water feature with over 100 fountains, laser lights and water effects.  The city’s flourishing arts scene includes the National Science and Media Museum, Cartwright Hall and the Impressions Gallery.  Saltaire takes its name from its founder Sir Titus Salt and the River Aire which runs through the village.  Thanks to its preservation as a model village, in 2001 Saltaire was designated a UNESCO World Heritage Site.  Marvel at the spectacular architecture, browse the independent shops and see world class art on display at Salts Mill, with one of the largest collections of David Hockneys.